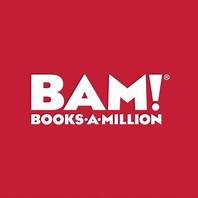 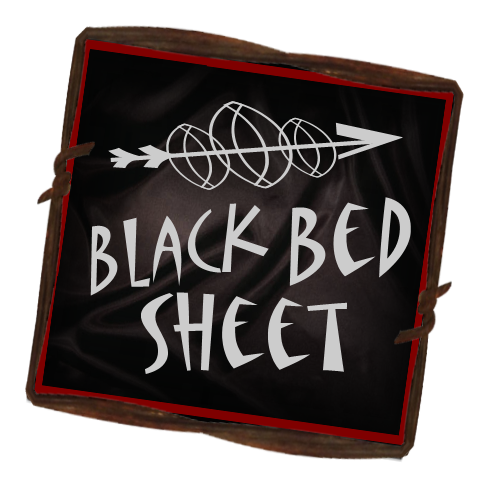 Aleric Toma Bimbai is a two-hundred-year-old Rom, Gypsy, and a legend among his people. He hunts monsters for bounty, a gun for hire, with secrets as dark as midnight in a graveyard. He is a hero and rogue rolled into one, with preternatural powers of his own, only slightly better than the supernatural creatures he hunts. His exploits border on the mythical and the legendary. His is a land where good versus evil in a never-ending battle for supremacy, and in his world a very thin line separates the two. He walks that line every night. He is in a constant struggle to remain on the side of good, but he must often cross over to the side of evil and meet his adversaries on their ground. Defeat is not an option. He is a hero who believes that the end does justify the means, and he will do whatever it takes to win and to stay alive to fight another day. To that end there is a price to pay. But he pays it willingly, sacrificing eternal salvation for his own soul to help make the world better for all.Aleric’s task this time is to save a zombie rather than exterminate it. But Wasso Wonko is no ordinary zombie. He’s different. He can still think. He can talk. Besides, Wasso is also Gypsy. Aleric soon uncovers an immoral alliance between local doctor, Wilhelm Ratterman, and the self-proclaimed King of the Gypsies, Carranza Tene. Tene is supplying his own people as guinea pigs for Ratterman’s bizarre experiments. Ratterman is in search of a serum that will not only give him strength and courage but also immortality. But he’s foolishly using the zombie virus as a catalyst in his serum. Under the guise of free flu shots, the doctor’s testing that undeadly serum on the Gypsies that King Tene supplies him.Is there an antidote? If so, can Aleric find it in time to save Wasso from his undead existence?To complicate matters, Wasso goes missing. Ratterman’s serum—a Molotov cocktail of chemicals, zombie virus, and now vampire blood—succeeds only in regressing the doctor back through evolution, transforming him into a rampaging, primitive beast—a Neanderthal. King Tene puts a contract out on Aleric’s head. Pearsa, Aleric’s new girlfriend and boojo woman is running a scam on an old woman, and both she and her mark go missing. Aleric believes that Jeta, his two-hundred-year-old vampire wife, targeted Pearsa in a fit of jealous rage. What’s worse, Jeta’s vampire lover, Kinski, is set on ripping out Aleric’s heart—you don’t want to get vampires jealous.Aleric must find the antidote if it exists. He must now track down both Wasso and the Neanderthal. One, he must save. The other, he must destroy. Pearsa’s life also depends on him finding her. But he must save her without harming Jeta in the process, for he and his vampire bride have a relationship that is not only long and dark but twisted and complicated. And to succeed, Aleric must fight his way through King Tene’s Gypsy henchmen, an assassin bent on collecting a high-priced fee, and the pissed-off vampire Kinski.To succeed he must simply stay alive, for he is the world’s best hope and last line of defense against evil. He is Aleric: Monster Hunter.

“Novels about zombies or about vampires seem to be everywhere these days. What makes Aleric: Monster Hunter different is this novel has both. Plus, the hero of the book, Aleric, is a Gypsy or Rom, placing a nice twist into the character development. For those who love vampire yarns, Aleric: Monster Hunter delivers. For those who love gruesome zombie stories, parts of Aleric: Monster Hunter meets those needs as well, as witnessed by this passage: "Black zombie oil, decomposed flesh, putrefied brain matter, and dead maggots sprayed back at him like returned fire." Descriptions of Gypsy life are very authentic in this book, which is interesting in itself. Wiehe delivers a fascinating and realistic account of a culture frequently overlooked in fiction. Wiehe writes the positives and negatives of the Gypsies, including Pearsa's con games to part her victims from their money. Wiehe tells the truth about Gypsies, and that makes the plot very convincing. All of this adds to the feeling that Aleric: Monster Hunter is a very unique and unusual book. Aleric: Monster Hunter never lacks for excitement. There are always adventures and pursuits by the King of the Gypsies who wants to stop Aleric's quests. Aleric himself is a complicated character, driven and moody, but deep and well-written. If penned by a less competent author, Aleric: Monster Hunter could have wound up "over the top" because it crosses into so many different types of monsters. In lesser hands, the book could have come across as "trying too hard." But Fred Wiehe delivers a smooth, believable account of a troubled man on a mission. Wiehe's Aleric is a convincing character, and the types of monsters that Aleric seeks makes us glad to be a voyeur of his adventures. Aleric: Monster Hunter is one thrill-ride of a monster mash.” —Jeani Rector, The Horror Zine

"5 Stars New Urban Fantasy
Fast paced urban fantasy written by a new writer I discovered. The book is about a Gypsy named Aleric who hunts monsters whom himself is over 200 years old vampires, gypsy zombies in which also are friends of his he has helped. His wife was turned on their wedding night and has to deal with a doctor and a gypsy King, anyway awesome book he wrote and hope he writes many more." Roostermama

"Great book! Loved Aleric, Odin, and all of the monsters and bloodshed. Here's the link to my review: https://youtu.be/4o46ixCBM4s" horrorreadsyt

"Aleric: Monster Hunter is a compelling story that triggers urgency to flip. Fred Wiehe twists the urban fantasy with some unique characters, conflicts, high stakes & breathless pace. From the first death scene to the end, the vivid action grabs and entertains." Fly2Write

"A fun filled monster hunter tale.
Readers of The Dresden Files would certainly want to check out this tale of a 200 year old Rom Gypsy and modern day monster hunter as he takes on a client from a sentient zombie in the midst of a viral outbreak that threatens everyone, but as Aleric investigates he finds a new lover, who his ex, a vampire, takes issue with as she is not ready for him to move on.
A fun tale of jealous vampires, confused zombies, crazed Neanderthals, fake fortune tellers and hunting monsters in the modern era, where everything is on the line, even love." Christopher J. O. Bryant

" I rate this book 5 stars because I consider it a masterpiece. It was action-packed from the first page and the suspense and mystery had me glued to the book. Toma Bimbai was such an interesting character, and I was sucked into the story, progressing with him through his inner struggles. I didn't see the end though and when I turned that last page, I felt very sad for Bimbai.
This is a must-read for anyone who craves multiple actions, supernatural happenings, and a sense of humour." Tracy Fletcher, Author